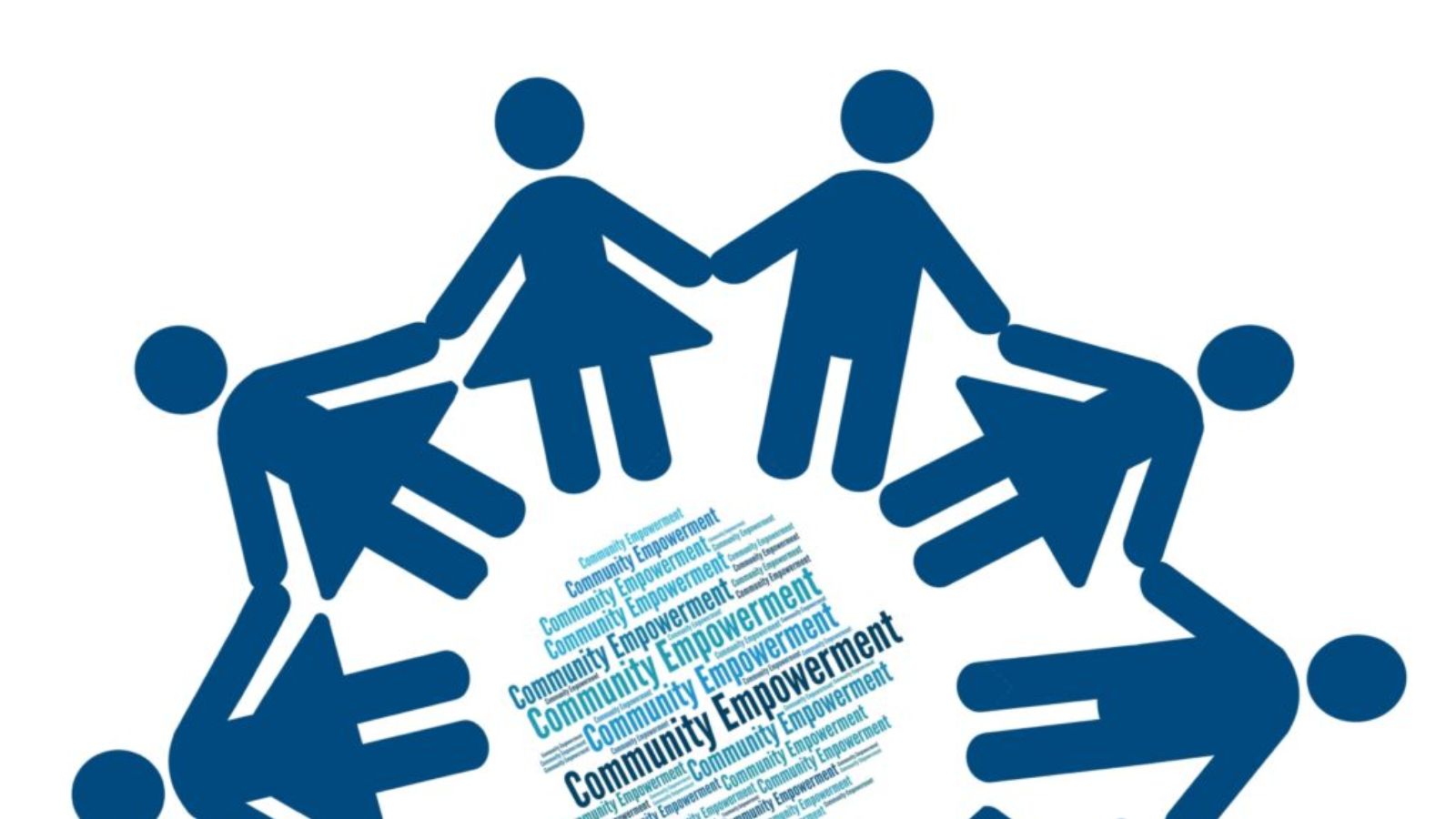 Summary of Q&A session (thanks to Miao!):

Q: Is it possible for another more established project to steal Tauchain's code as it's open source? Do we have steps to prevent this?

Also, in an old interview Ohad stated we'd need to create a principle set of rules by which Tau needs to abide, how many versions of these do we need considering one mistake could make for a damaged pillar on which the rest of future construction reside?

Ohad: Generally speaking, stealing code to compete in the same market is not a successful business strategy as you're always a few steps behind. Additionally, you can only steal what's visible so far as opposed to the total vision which is not yet all coded.

To your second question, of course there's no fixed number of iterations before a successful set of principle rules are established. These rules will always be refined over discussions under Tau. When the system is ready, we can follow the consensus. Tau will help us eliminate inconsistencies and the discussion process itself will help us converge to a set of rules.

Q: As we approach Alpha should we create 'smart constitution' to lay a foundation?

Q: What will you do with the money raised in the 'second ICO'? Is it all going into development or part of it going to the team?

Fola: The first sale was a private sale bought from Ohad directly. The second sale will be after a working product using the tokens yet unsold. I can say the outcome will be for the benefit of the product, and the process itself won't hinder development.

Q: What is your budget for development? Is there a risk of running out of money?

Fola: We don't have funds from the private token sale and don't foresee running out of money any time soon for hiring and compliance. In terms of videos showcasing the product, it'll come closer to product release along with marketing. We're also looking into grants, but unlikely for the immediate future.

Q: If the project isn't completed in 20 years, will you still be committed to development?

Fola: Ohad will continue the project. He has the ability to do it all alone if it comes to it, and will see it through to the finish line.

Q: If my understanding is correct, Tau will be storing rules, protocols, network code and knowledge all in one single format, are they all considered to be TML programs?

Ohad: TML stores opinions, opinions can be viewed as knowledge and everyone can hold whatever opinions they wish over the system. You can specify your requirements for what you want your code to do and the system will automatically generate code that meet your requirements.

In terms of format, TML is language agnostic as you can define languages under the Tau Meta Language that will still be compatible with the system. This is the Internet of Languages and TML can translate between these languages.

Q: Is there a plan to simplify the process of using or importing software to TML?

Ohad: Definitely. TML is intended to be a good tool to UI(?) translator. Not only do we not restrict TML to a single language, we also don't restrict TML itself, which is why it's capable of self amendment and be redefined over time. The process of translation will become easier over time.

Q: Will TML be compatible with iOS/Android? Any Apps planned?

Ohad: We keep architecture compatibility in mind and will support all major platforms.

Q: Is the ability to release Alpha now completely independent of TML progress? Or do you still need to reach new steps in TML so that the Alpha can work?

Ohad: TML is sufficiently ready to do basic Alpha functions. Alpha versions currently under development use current TML versions. Additional features like transferring data between users in a way taht's compatible with their individual internal databases will need to be added, but basically TML is ready to express knowledge.

Q: What are the technical and functional challenges to make the Alpha?

Ohad: After the significant challenge of implementing logic solvers, the biggest remaining challenge is making it accessible to users. Computers can do great things if you write in a formal language, but doing so is not so accessible. The challenge rests in retaining the features of Tau while making it user friendly.

Q: What kind of support will there be upon project release? Will it be easy enough for the community to take care of newcomers?

Ohad: I hope so. We will release something minimal, but that still meets our high standards.

Q: Once the Alpha is out will we already be able to define languages under TML or do we need to wait for another step?

Ohad: We have not yet commenced work on the Internet of Languages. After the Alpha, we need to work on this in parallel to support defining and translating many languages under TML.

Q: How will the support of Second Order Logic affect user experience and what features are linked to this?

Without Second Order Logic you can define the relations between objects which is the ontological approach to encoding knowledge, but these relations are required to be declared very explicitly. Under Second Order Logic, we can give implicit conditions of what this relationship ought to be and by that declare a broader class of relations.

An example from Douglas Miles: Bob loves Sally and Sally loves Bob. We can say that while their feelings towards each other are not identical, they do intersect with something we call love. So in the language of Second Order Logic we can say that there exists some relation which is the feeling from Bob to Sally and another relation which is the feeling from Sally to Bob and the intersection of those relations is contained in our concept of love.

So you have a higher level of abstraction with Second Order Logic, and I've only described the first of infinite levels known as the polynomial hierarchy. It relates to how many times you alternate between ForAll and ThereExists. The examples I gave have 0 alternations. With more alternations you get an infinite hierarchy of expressiveness and complexity and of course it'll support arbitrary quantifiable notion.

Sorry for the complex answer, I might need to come up with better examples, but we know mathematically the difference between First and Second Order Logic is huge.

Q: Is the fan site coming?

Fola: Yes, it's being built by Fran and in the final stages.

Q: How's the legal compliance part going? What % would you say is done?

Fola: I would say that stage one is done and out of our hands, and we're waiting to hear back from the regulators. After that there may be a few additional things, but I doubt it'll be as much as the initial step which involved compliance across the board in multiple jurisdictions. I feel we're at least half way through it all. A lot has been done and this opens a lot of doors for us.

Q: In addition to TML and Client development, what else is the team working on?

Fola: I work on the legal side, as well as getting the company up and hiring, and just making sure everything is getting done from a business perspective. Then we have advisers like Douglas Miles.

Predominantly we're focused on development, and the next group of hire will focus on UI/UX. The focus will be on accessibility as we want everyone to be able to use Tau.

Q: How susceptible is Tau from being compromised by falsified data and is this something we have a solution for or is it the responsibility of the users?

Ohad: I don't anticipate the risk of this to be high as there's no notion of 'truth' in the network. If someone wants to believe 1+1=3, they can opine so. No one can prevent them from doing so and very few will agree with them. It will not affect anyone else as it's only your own opinion.

If people posit statements you find to be false, unfounded or misleading, you can simply disagree with it. There is no inherent truth in the system, merely opinions.

Q: When do you plan on participate in conferences as well as marketing?

Fola: We have to make the product first and that has to come before anything else. This is for regulatory as well as pragmatic reasons. Once we have something out, then we have something to talk about and show people.

We really want to focus on getting all the features in the product as well as work out how to make it as accessible as possible to a wide audience and that's our priority. Once that's done, we'll definitely push forward with a robust marketing strategy.

Q: Do we need more developers?

Fola: We don't currently require more developers, but are still looking for UI/UX talent, as well as researchers and R+D for both TML and Client. In the future we'll be recruiting more for the wallet etc.